I was lucky enough to snag a Raspberry Pi 4 at my local Microcenter a few days after it was announced for sale. I bought the 2GB model along with an official USB C power adapter, micro HDMI to HDMI cable and plastic case. The whole setup cost $70, not including a micro SD card, keyboard and mouse, which brought the total closer to $90.
I won’t dwell on the specs which are available all over the web, but I will say it is a nice upgrade for an additional $10 over the model 3. So the big question is how did it perform? It definitely seemed more responsive than the previous models when loading the Chromium web browser and opening various pages and tabs. I played some 4K videos on YouTube and they were a little choppy on my 32″ monitor. 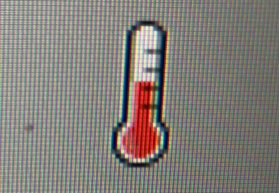 I fared a somewhat better on a 26″ 1024×768 monitor on which videos had very fluid motion. However, after about 15 minutes of playing full screen video the Pi’s thermometer icon appeared on the upper right part of the screen, indicating a high internal temperature. Leaving full screen caused the icon to disappear.
One of the use cases noted by the manufacturer for this new Pi is as a desktop replacement, especially considering the dual monitor support. Maybe if you are just browsing the web and writing some documents, that could be the case. Perhaps it could also be a fancy thin client. I think the limitations of available software and not any performance bottlenecks will keep this from being a widespread desktop replacement.
However, I don’t think that makes this new Pi a failure at all. With a faster processor and double (or quadruple) the RAM of previous versions, I think the Pi will just keep doing what it does best – only better. IOT, home automation, robotics and countless other applications will benefit from these feature upgrades. I give the Pi 4 a thumbs up!
The only thing I would watch out for are the “hidden” costs involved in this new Pi. The power and video connectors are what I would call non-standard. (many will argue with me on that point, but how many micro HDMI cables do you have laying around compared to regular HDMI cables?) You will either need new cables or some cheaper adapters. In either case those costs need to be factored in to your upgrade plans.