The township where I live hosted its annual electronics recycling drop off so I hauled over a few broken monitors and battery back up units I had laying around. As usual, the turn out was huge, and I saw pretty much what I expected to see: old computers, lots of picture tube televisions and VCRs. What I did not expect at my local neighborhood drop off was a vintage early 1990s SGI IRIS Indigo workstation. This was a workhorse for Hollywood-style movie animation, used in movies such as Terminator 2 and Jurassic Park. The Indigo started at $10,000 (in 1991 dollars!) and went up from there. This distinctively dark blue workstation ran a custom version of UNIX called IRIX. The system’s 100 MHz processor and 384 MB of RAM are anemic by today’s standards which are an order of magnitude greater. 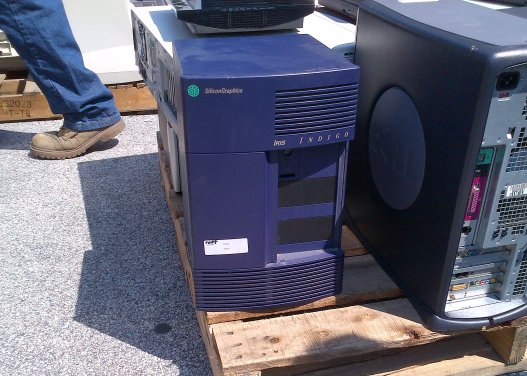 I also found it interesting how many laser printers were stacked up on the junk heap. Some of them looked pretty new and almost all were in great shape. I’m old enough to remember when a laser printer was a high-end luxury item, only seen in businesses and universities. Years ago I would have tried to save the Indigo and grab a few old laser printers, but I have learned my lesson about acquiring too much junk! 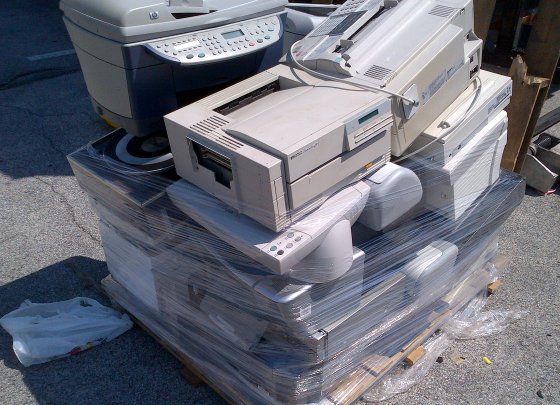