The Ardmore Macy’s closed its doors for good on Sunday, March 20th 2016 after almost 86 years of continuous operation. The Suburban Square Macy’s was opened in May 1930 as Strawbridge and Clothier, one of the first suburban branch department stores in the country. In 1996 the store was purchased by May Department stores, and took on the Macy’s name in 2006. 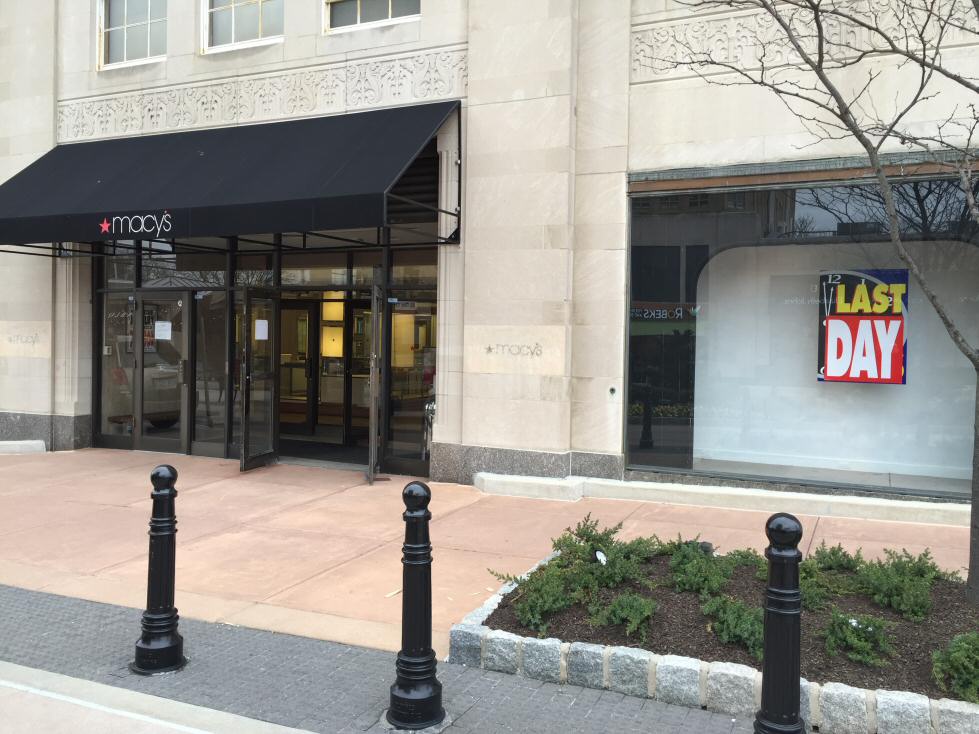 What little merchandise that remained on the final day was overshadowed by the amount of store fixtures and shelving that was being carted out the door into a small line of rented trucks waiting outside. The former men’s department in the basement was stripped bare as seen in the photo below: 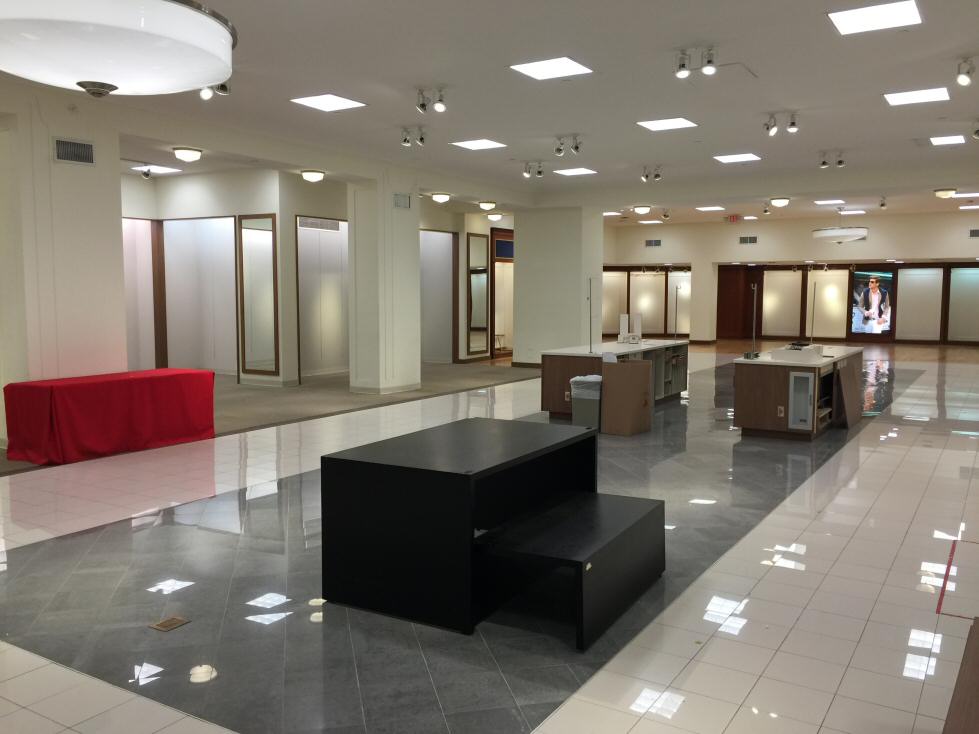 In April, 2017 it was announced that Life Time Fitness (Now Life Time) would be taking over the Macy’s space and re-configuring it as a multi-floor fitness center. The announcement of a full floor of co-working space was made in November.

After a prolonged but complete renovation, The new facility opened to the public on April 27, 2018. A preview was held the evening before where I took the photo below and compared it to the exact same spot in 2016 towards the end of the Macy’s era. Luckily, the renovation paid homage to the building’s Art Deco roots by leaving some original elements in place (notice the railing) while updating the interior with a more modern look.