This spot on the square at 105 Coulter Avenue has been home to a number of (mostly) long-running restaurants over the last 30 years. It’s not completely clear when this location was constructed and what the original use was for the domed octagonal space that juts out from the front. In the mid-1980s it was Eden Restaurant, a trendy cafeteria-style concept launched by Steven Poses, one of the entrepreneurs that was an important part of Philadelphia’s restaurant renaissance of the 1970s. Poses was well known for opening the Commissary and Frog. The original Eden opened in 1979 at 1527 Chestnut Street and was followed by Eden II in 1982 in University City. In 1984, Poses sold off his interest in the two Edens after which the Suburban Square location was launched by the new owners.

Eden declared bankruptcy in 1992 and was replaced by Boccie pizzeria which featured Italian wood burning ovens and a liquor bar. Boccie lasted eight years and then in January 2000 French bistro La Parisienne moved in. In addition to all-new decor, owners Evan Lambert and Andrew Feinstein carved out a romantic pizza parlor next door named ‘Za serving stone-fired pizza, soups, salads and pasta. Although the restaurants were vastly popular, the owners ended their business partnership in mid-2001 and closed both La Parisienne and ‘Za.

The space remained empty until July 2003, when David Mantelmacher who previously owned Center City’s Circa from 1993 to 2003 opened American bistro Plate. The walls that existed between La Parisienne and ‘Za were removed and replaced with frosted glass panels giving the space a more open feel. The kitchen was exposed and the left over stone-fired stove was incorporated into the decor. After a 10-year run, Mantelmacher told Philly.com that he made a “business decision” to close Plate in April 2013. 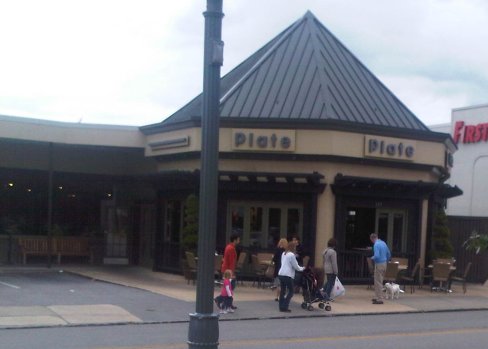 After remaining empty for almost two years, fencing went up around the site on March 8, 2015. Over seven months later, Besito, a Mexican-themed restaurant opened on October 22 with extensive changes to the space both indoors and out. 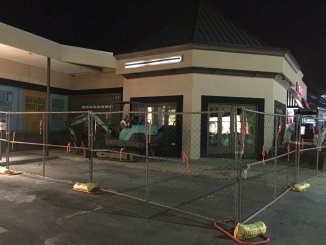